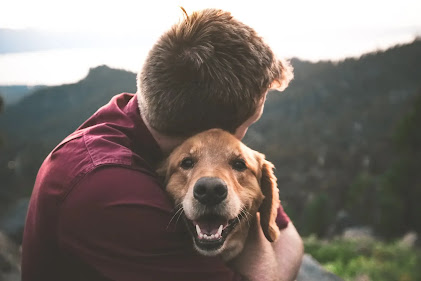 In the beginning, God made the earth and the sea. He inhabited the sea with numerous types of fish and the land with various types of animals, including humans. As you know, Adam was the first human, then there was Eve. What eventually happened to them is a different story, but for now, they were still perfect. One day, God told Adam that He wanted to rank the animals by power to assert man's dominance over the four-legged creatures. Adam agreed and asked God how he wanted to do so. God commanded Adam, with the help of Eve, to give the largest bone to the most powerful animal and the smallest bone to the weakest animal, along with every animal in between.  Adam and Eve did as they were told and fetched bones of all different sizes. God then announced to all the animals that the bone ceremony would take place in the morning. It was a first come, first serve basis, so the first to show up would get the largest bow, and so on. All the animals decided to get a good nights' sleep so
2 comments
Read more 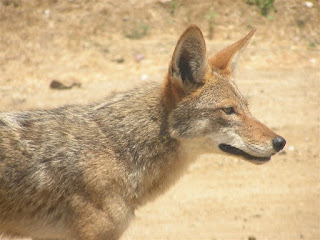 Origin of the Sierra Nevadas and Coast Range: nothing but water in world Tulare Lake present day=pole standing out of water--Hawk and Crow perched there fight over standing on perch and prey on fish created Duck, who died with mud in mouth--used to make mountains Hawk made east range, Crow made west--met at Mt. Shasta--crows=larger Hawk accused crow of stealing--chewed tobacco to make him wise--turned mountains around and put range where crows was--Sierra Nevada Range is larger than Coast Range Legend of Tu-Tok-A-Nu'-La (El Capitan): 2 boys living in valley--went to swim went to shore and got on boulder by water--fell asleep boulder grew every day and lifted boys beyond tribe=lost council of animals rescued boys from top of rock by leaping--only worm was able to creep up side to reach top got boys down safely--rock="Tutokanula"=measuring worm How Bluebird and Coyote Got Their Colors: bluebird was very ugly color knew of lake where no river flowed in/out--bathed 4x every m
Post a Comment
Read more

Week 11 Reading: California and the Old Southwest, Part A 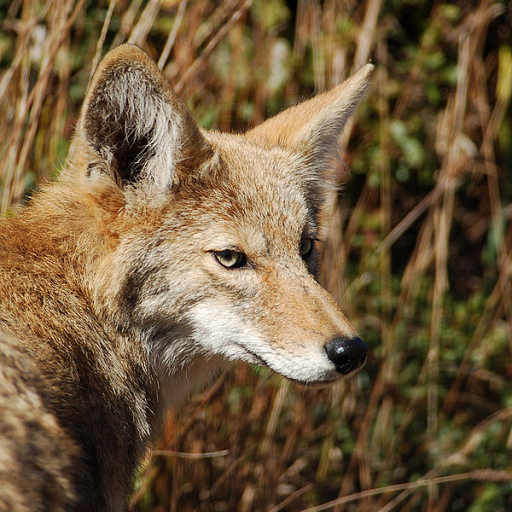 The Great Fire/Origin of Light: man wanted to marry 2 women but they didn't want to man went north, made a tule boat, then set world on fire--escaped by boat fire burned very very fast and burned everything Old Coyote saw the fire so he tried to put it out by taking honey-dew and spitting it on the fire became very thirsty but no water--took Indian sugar and made water again no light--animals and birds ran but always bumped into each other Hawk and Coyote tired of darkness--Coyote made ball of tule reeds with flint and Hawk took ball and sent it around the world nights were still dark, so made another one, but the reeds were damp--so moon not as bright as sun The Fable of the Animals: Kareya made world--made fishes in water and animals on land, then man first, animals were equal in power--no food source Kareya ordered meeting to rank power man on top--made bows and arrows to give longest to most powerful animal and shortest to least powerful Coyote wanted power so he pretended to s
Post a Comment
Read more 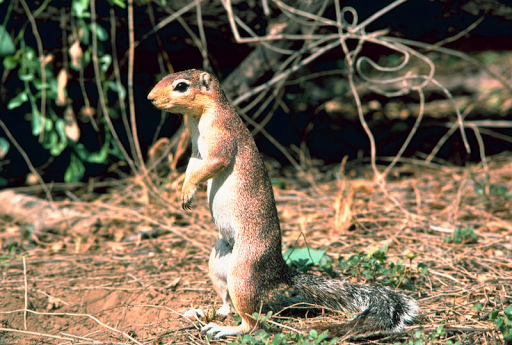 How We Got the Name "Spider Tales:" Spider wanted stories to be told about him, not chief of gods asked chief if the men could tell Anansi (the spider) stories--agreed if he brought him 3 things: jar of live bees, boa-constrictor, and tiger went to find bees but was unsure if they could fit in jar bees asked what was wrong--explained that he needed them to go in jar and they did took long stick but was unsure if the boa was as long as the stick boa asked what was wrong--explained he needed to measure him while spider tied him to each end sewed eye with needle and thread then went to tiger den--began to shout as he approached tiger asked what was wrong--spider said his eye is sewn and making him see wonderful sights tiger wanted that so he let spider sew his eyes--took to chief got permission to call all tales Anansi tales How Wisdom Became the Property of the Human Race: Father Anansi=all wisdom--people came fro advice/help someone offended him, so he punished them by hiding
Post a Comment
Read more 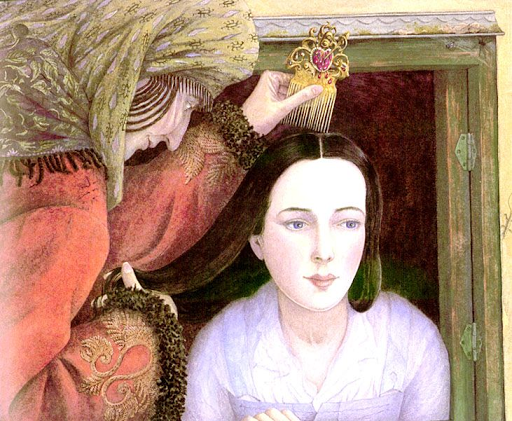 Little Snow-White , version of 1812 (Germany, Jacob and Wilhelm Grimm): Queen attempted to kill Snow White first with strangling with corset, then with apple Queen wanted to eat her lungs and liver Snow White saved by prince when he knocked her in the back of the head to knock out piece of apple in throat Joseph Jacobs in his Europa's Fairy Book (1916): Snowwhite . Attempted to kill 3 times: comb, ribbon, then apple wanted huntsman to bring back her heart Queen committed suicide at end by jumping out of window Piece of apple stuck in her throat came out on ride back to palace This website also does a really good job of summing the differences up:  https://geekgirlpenpals.com/disney-vs-grimm-origins-fairy-tales-snow-white/ In my introduction, I gave two teases about Snow White. One was about her stepmom being cannibal and the other was about the apple not being what actually poisoned her. So, I will use the Grimm version to highlight the cannibalism of the stepmom, but I think I wi
Post a Comment
Read more 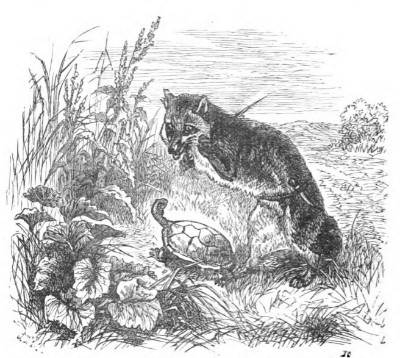 Mr. Fox Tackles Old Man Tarrypin: Brer Fox says both eyes of Brer Terrapin are red red from being in a fire literally sat in fire and let smoke go into eyes and fire scorch back did not burn off his tail because it was in his shell terrapin went into river and fox had to grab tail to save him--let him drown (Image of Brer Fox and Terrapin ) The Wonderful Tar-Baby Story: Brer Fox went to get tar and make a contraption called Tar-Baby Rabbit went down road and hid from Fox saw Tar-Baby and was astonished went up to Tar-Baby and tried to talk while Fox hid Rabbit frustrated bc he wouldn't talk--kept trying to get it to talk until finally hit the baby--got stuck to tar head butted him but head got stuck too Fox came up dying of laughter How Mr. Rabbit Was Too Sharp for Mr. Fox: Fox built fire to get Rabbit off of Tar-Baby couldn't get rabbit over flames but Rabbit was scared he'd fling him into briar patch rabbit begged for any punishment except briar patch flung him into briar
Post a Comment
Read more 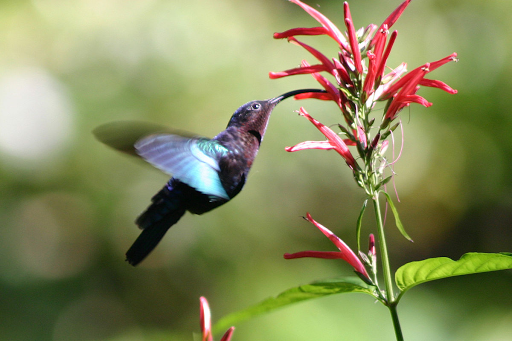 Why Hummingbirds Drink Only Dew: build nests near water skim over water and spray tips of wings also like to fly in rain but do not drink water they bathe in--only dew on flowers and leaves hummingbird and heron owned lake together--shade is where hummingbird would drink cool water both had bad habit of gambling--hummingbird bet he could out fly faster than heron--loser had to give up drinking in all lakes hummingbird thought for sure he'd win but the heron flew faster than expected and hummingbird cannot see in dark hummingbird had to drink dew (Photo of Hummingbird from Wikipedia ) How Sickness Entered the World: Indians used to live long time without illnesses until 2 young Indians killed messenger from Great Spirit old medicine dying--wisest man--tried to tell Great Spirit his wisdom before he died Great Spirit sent word he was sending messenger to meet under certain tree--but medicine man too weak to go meet called two young men to tell them--went to forest and sat to wait lar
Post a Comment
Read more
More posts

Libby Helm
Hey y'all! Welcome to my blog for Mythology and Folklore Fall 2020! Enjoy reading and comment what you think :)